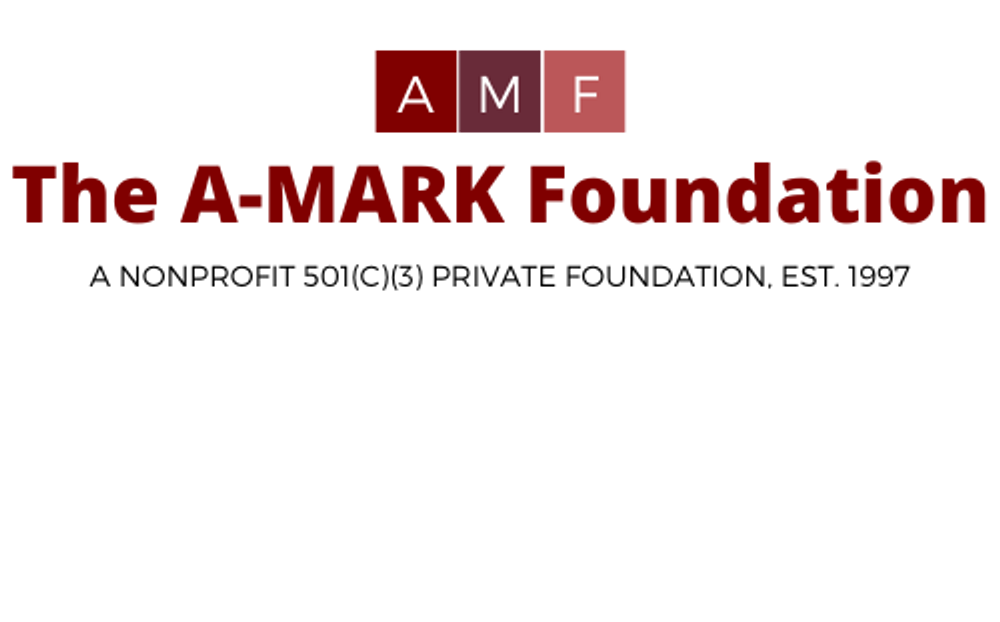 January 26, 2021 - Santa Monica, CA - Extensive research conducted by the nonprofit A-Mark Foundation found 2,763 Official Anti-Jewish Acts (OAJA) from 456 BC through the 20th century. The research is presented in a new website: OAJA.info

Official Anti-Jewish Acts include Acts issued by governments, militaries and churches, often through laws, proclamations, church canons, ordinances, and in the highest courts in some countries.

The highest number of Official Anti-Jewish Acts found so far occurred from 1700-1799 (805 Acts), followed by 1800-1899 (548). The OAJA.info website focuses on non-Nazi era Acts to shed light on other periods of Jewish discrimination in history. Researchers did include 224 Nazi Acts occurring between 1920 and 1944, although the British Library estimates that the total number of Nazi-era OAJA may exceed 2,000.

Geographically, what is now present-day Germany had the most Official Anti-Jewish Acts throughout history with 870 in the non-Nazi era, followed by 530 in Austria. Researchers also found 161 in Prussia and 131 in the Holy Roman Empire, along with 110 in what is now France (including 12 from Nazi-era Vichy France).

“My interest in producing this research stemmed from my lack of knowledge of the extent of Official Anti-Jewish Acts in so many parts of the world,” Markoff said. “Many people know Jewish discrimination has long existed, but I think they may be as shocked as I was to see the extent of so many official Acts that were instituted solely to punish or constrain Jews."

One surprising find was a December 17, 1862, order from Union General Ulysses S. Grant expelling all Jewish people from his military district covering areas of Tennessee, Mississippi and Kentucky, due to their potential role in creating a black market for cotton. Markoff noted, however, that history has not been left in the past: "Seeing Nazi imagery and a ‘Camp Auschwitz’ shirt in the recent attack on our Capitol building in Washington, D.C., underscores the importance of investigating and understanding the magnitude of these wide-ranging anti-Jewish Acts.”

The resulting research is available for free to scholars, historians, media, and the general public at OAJA.info. The 2,763 Official Anti-Jewish Acts are listed in chronological order from the earliest date with full dates, countries of origin, sources, and translations when applicable. The website also includes another 873 possible or probable anti-Jewish Acts whose exact dates or publication sources have so far not been confirmed.

Other projects financed and sponsored by the A-Mark Foundation can be explored at amarkfoundation.org. Mr. Markoff can be contacted at scmarkoff@aol.com.

OAJA.info is a project of the A-Mark Foundation, a nonprofit 501(c)(3) Private Foundation established 1997 as a public service ©2021 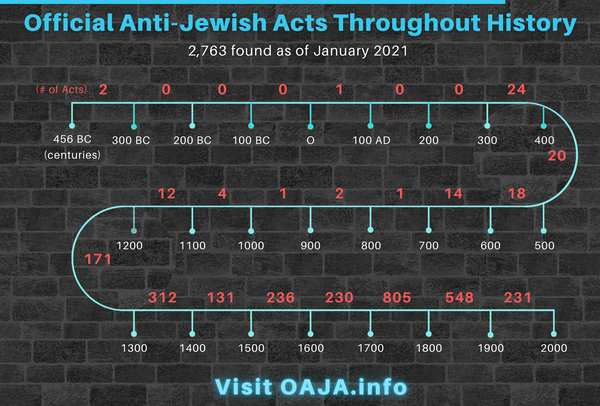 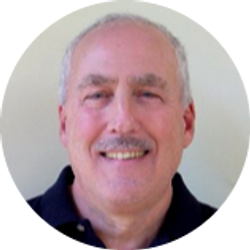